This was an interesting assignment. I had fun coming up with the character and their tweet but I definitely struggled with the saving and uploading of the picture. I tried screenshotting it but that did not seem to work. So I ended up having to upload the PDF to this page and it has a link that opens up the fake tweet.

I chose to do a tweet by Arron Burr, I am obsessed with Hamilton the musical currently and Arron Burr is one of the antagonists in Hamilton the musical. He also happens to be the man who shoots and kills Hamilton. I used lyrics from the show to make it seem witter, as Aaron was known to be witty and clever.

I was given a way to upload the photo without the pdf link that will actually work, thank you professor Cripps. Here is the tweet: 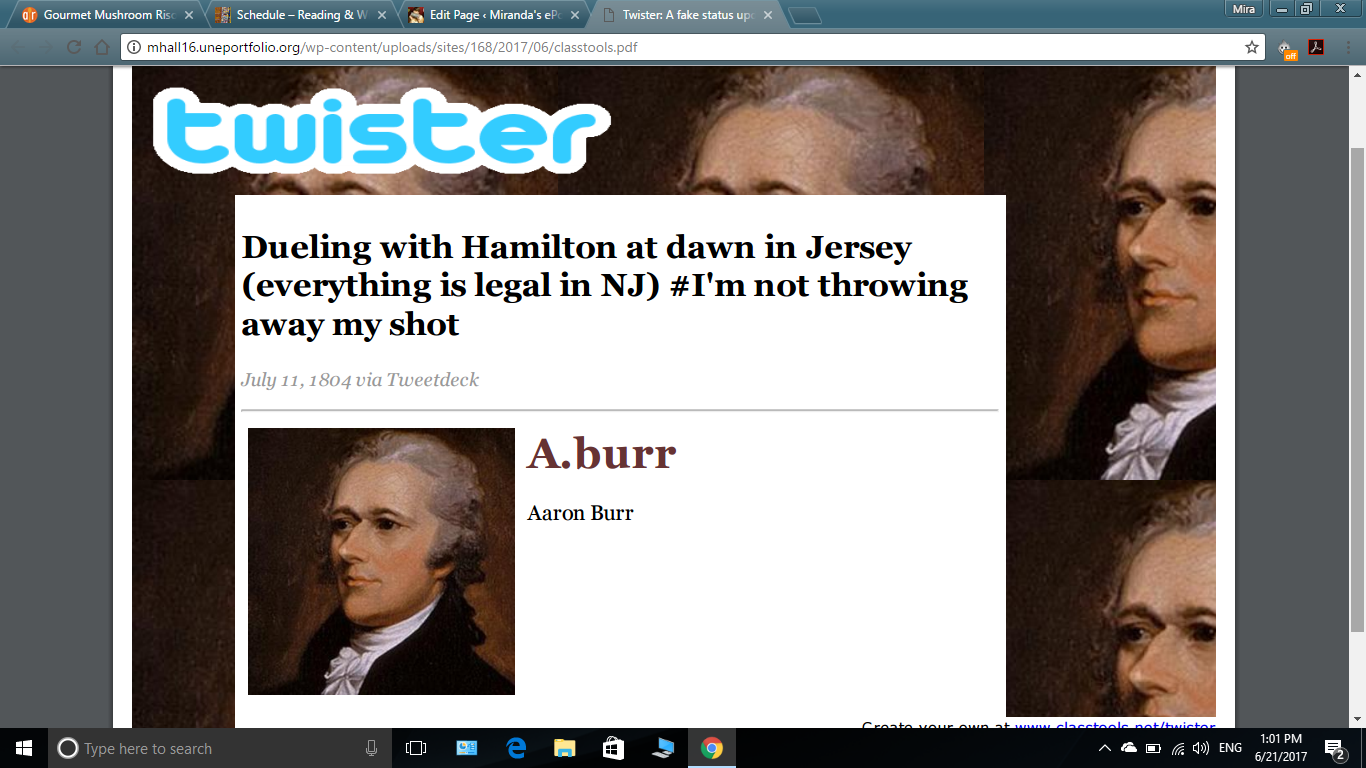